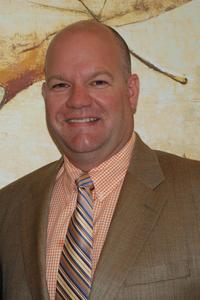 Born and raised in Audubon, PA, Dr. Rava graduated from Methacton High School in 1983. He went on to receive his Bachelor of Science degree in Biology from Gettysburg College in 1987. While at Gettysburg College Dr. Rava studied at the Marine Biology Center in Bermuda for two semesters. He went on to graduate President of his class from University of Pennsylvania School of Dental Medicine in 1991. After graduating dental school Dr. Rava set up his practice in Exton, Pa and expanded with a second office in Malvern in the summer of 2006.

Dr. Rava is a member of the American Dental Association, Academy of General Dentistry and the Chester/Delaware County Dental Society. He has been named the Main Line Top Doc for Dentistry several years in a row. Dr. Rava resides in Glenmoore with his wife of 20 years Linda and their 3 children: Julianna, Joseph and Jonathan.

In his spare time Dr. Rava volunteers at Community Volunteers in Medicine in West Chester, PA.

Born and raised in Rome, New York, Dr. Feeney graduated from Rome Free Academy in 1994. He went on to receive his Bachelor of Arts degree in Anthropology from the State University of New York at Buffalo in 1998, and then graduated Cum Laude from the University at Buffalo School of Dental Medicine in 2003. During his dental school training, Dr. Feeney participated in advanced coursework in Implant Dentistry and Conscious Sedation. He was also the recipient of the Tucker Scholarship, awarded based on outstanding academic performance. After graduating dental school, Dr. Feeney relocated to Philadelphia to pursue postgraduate dental training at Albert Einstein Medical Center. As a General Practice Resident, he received the Benjamin Lebby Award, for the outstanding performance of a first year general practice resident. In addition, Dr. Feeney spent a year as Chief Resident, concentrating on implant and cosmetic dentistry.

He is a past member of the clinical faculty at the University of the Pennsylvania School of Dental Medicine. Dr. Feeney is also a member of the American Dental Association, Academy of General Dentistry, and the Chester/Delaware County Dental Society. In his spare time Dr. Feeney enjoys ice hockey, skiing, golf and hiking. Dr. Feeney resides in Chester Springs with his wife Theresa and their wonder-mutt, Rosie